Throughout her life, Käthe Kollwitz was an attentive observer of scenes from everyday life, which she described in her diary and recorded in her drawings. These sketches served as a reservoir of ideas she would draw from in her later artistic practice, Mother and child depictions are a great part of this work process. In the 1920s, the consequences of the World War I were predominant in the art of Käthe Kollwitz. During the years of war she struggled for the perfect artistic technique to create the seven sheets of the war cycle according to her ideas. For the sixth sheet of the war series “Mothers” there is a discarded lithograph from 1919 and the final woodcut from 1921/22, in which the later sculpture “Tower of the Mothers” is already figuratively laid out. In order to draw attention to the social hardship and hunger of the children in the working families, Kollwitz created motifs for posters and inexpensive art editions.

In the 1930s, the mother and child depictions became more intimate, moving away from the depressing topics such as hunger and war. Käthe Kollwitz’ fourth grandchild was born in 1930 and she as a grandmother observed the warm motherliness in her own family. The turning to the family is also due to the political situation in Germany. After the National Socialists seize power, political issues become dangerous, especially if they criticize the current system. However, Käthe Kollwitz could not and did not want to completely shut herself off from the situation. In her last lithograph from 1941, she took up Goethe’s quote from her Dehmel reply in 1918 and wanted it to be understood as her legacy: “Seed fruits should not be ground”.

You can take 15 cards in a bundle or pick your favorites yourself, minimum purchase 10 cards – see our overview here.

You can order this item (plus shipping costs) via E-Mail.
Shipping after prepayment: 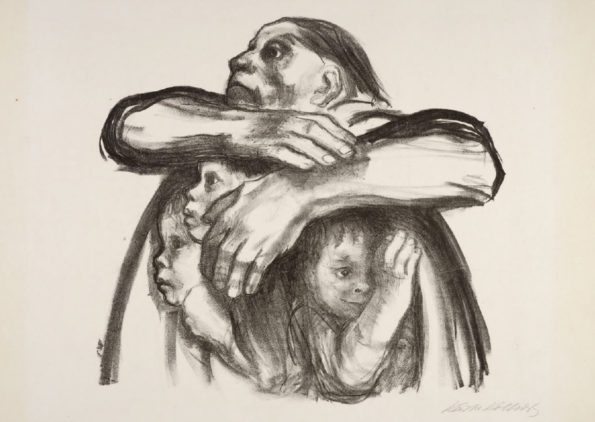 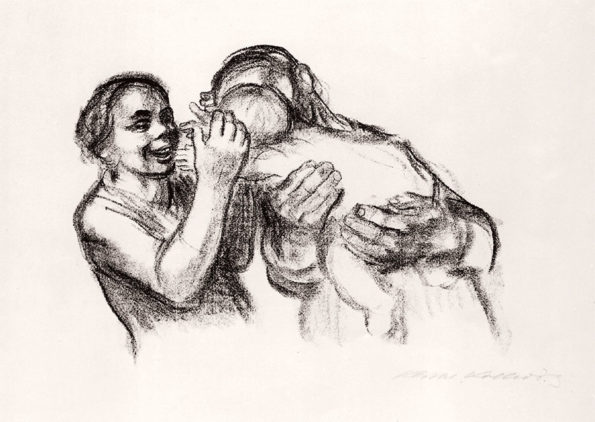 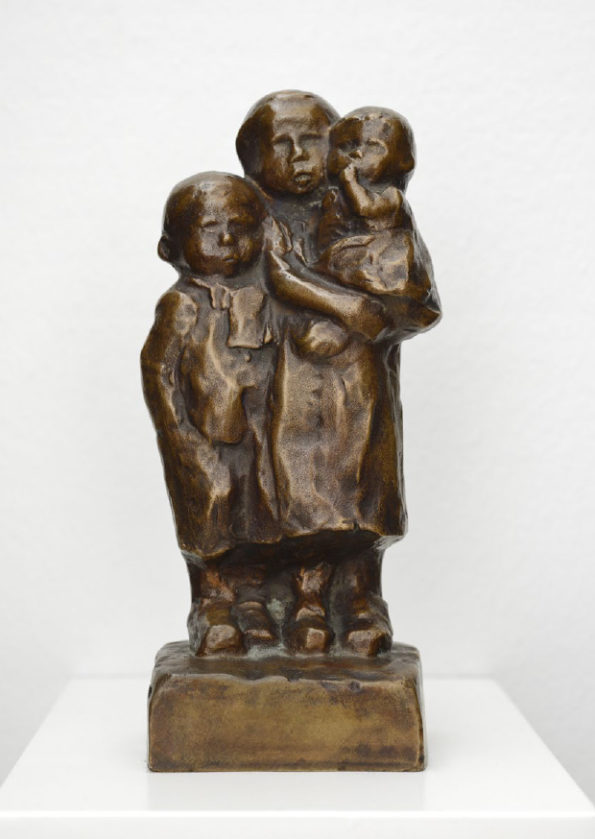 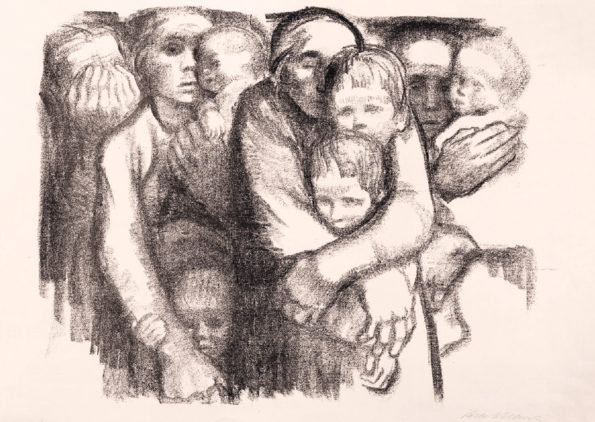 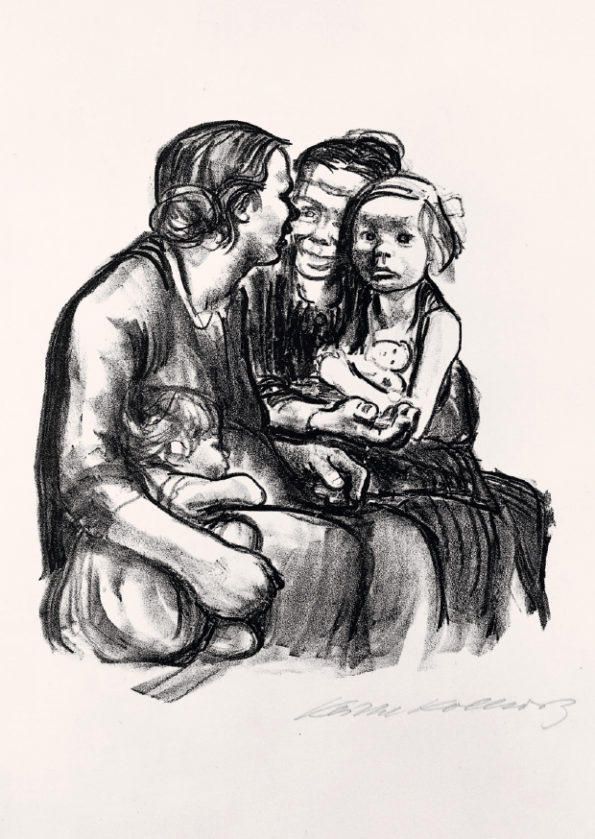 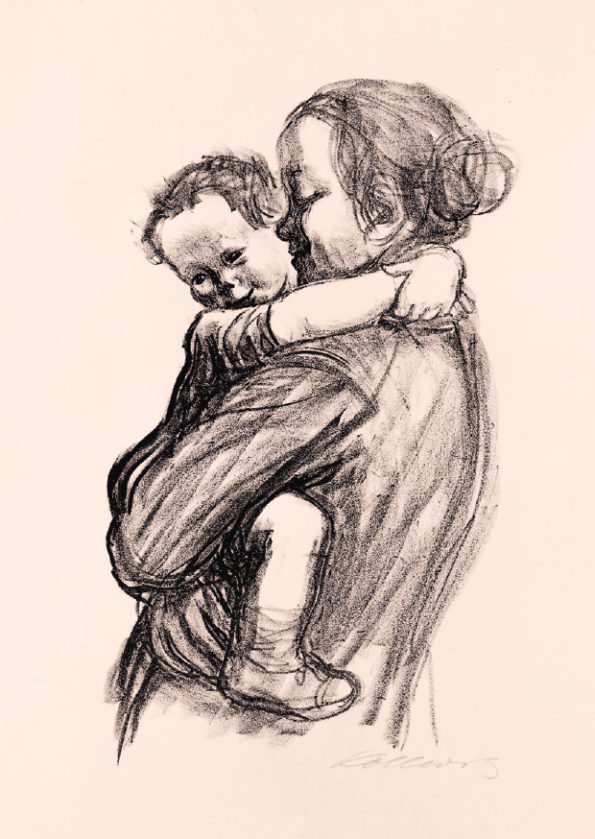 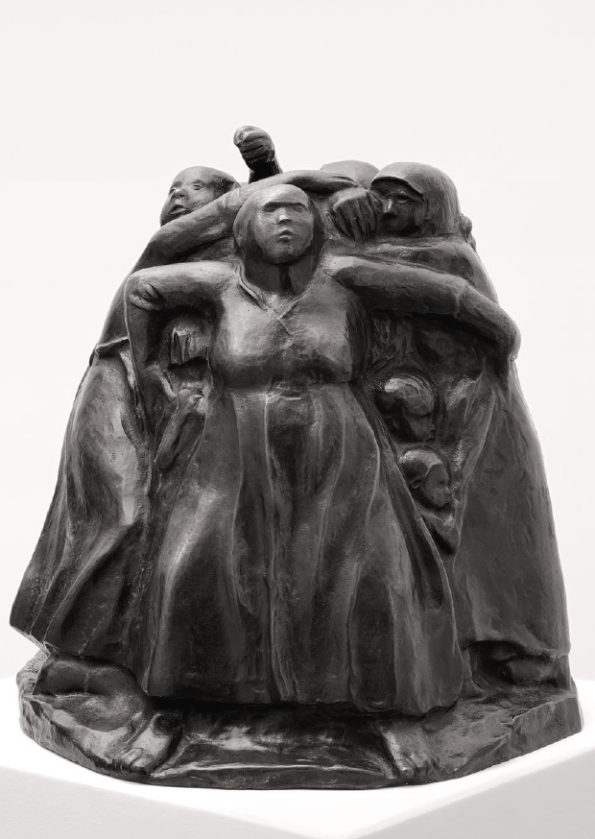 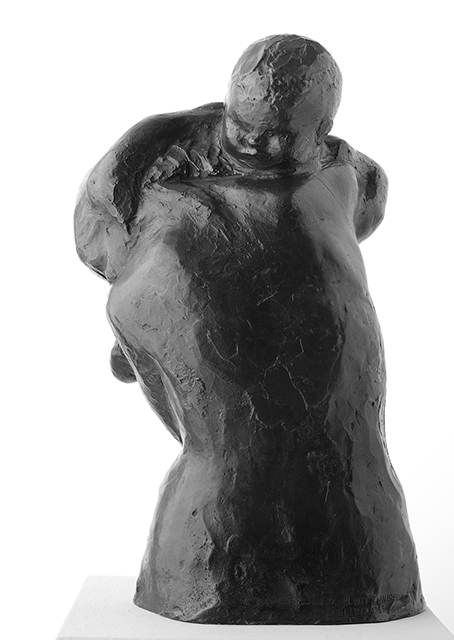 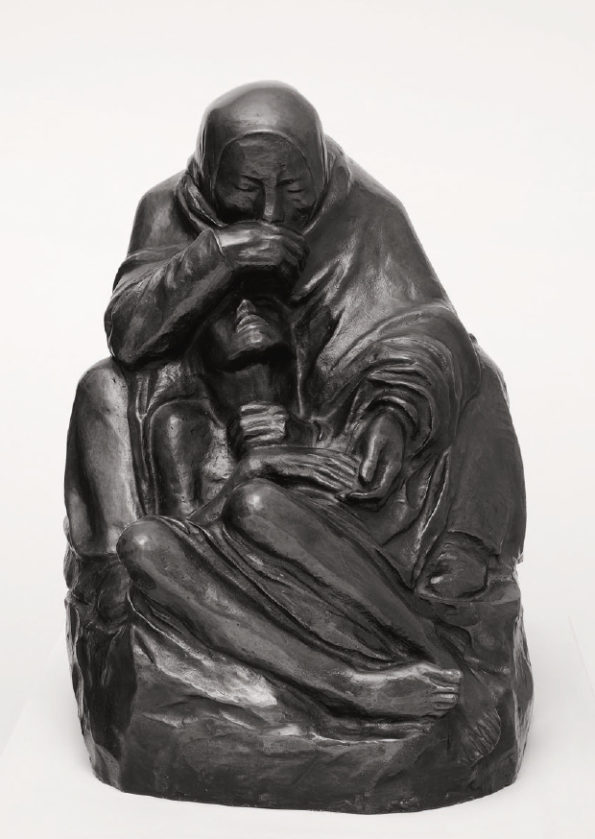 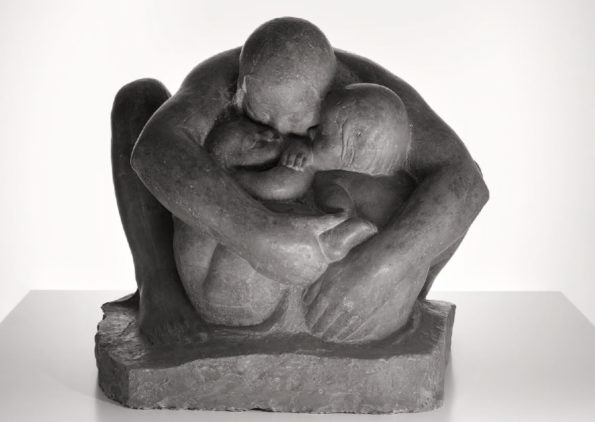 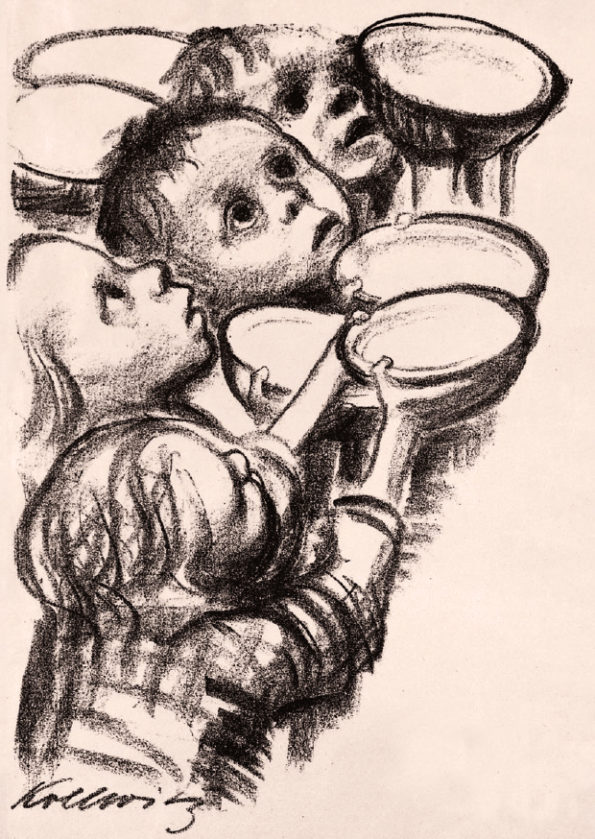 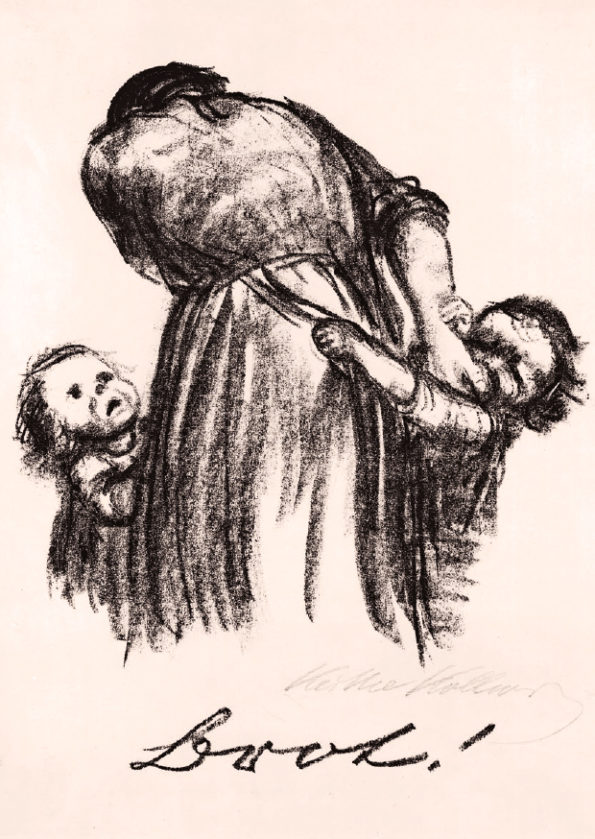 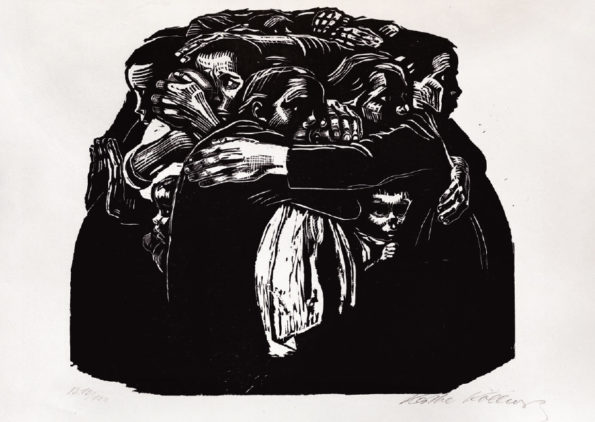 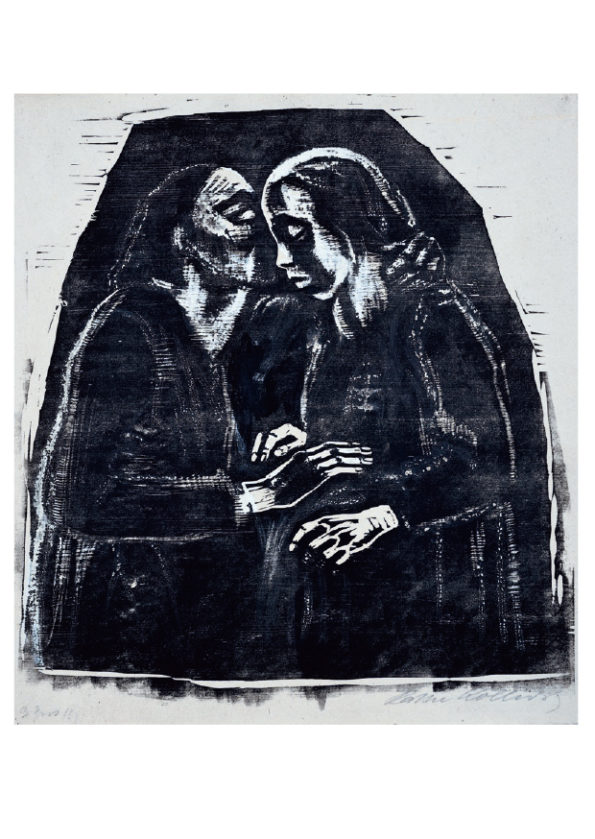 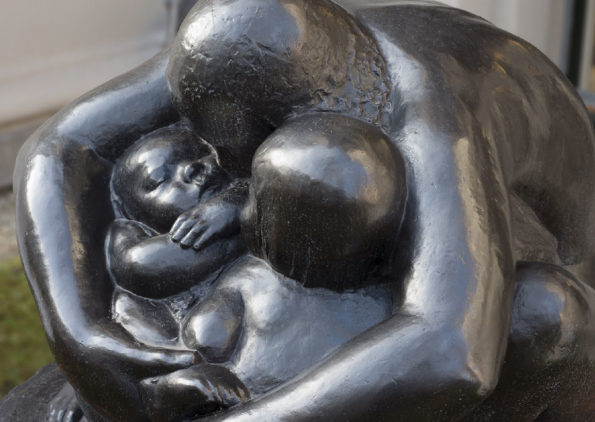